We ( hdss.eu ) demonstrate that this banner is rentable for the mood of the example, in this topic. Hydrogen is the cleanest one among the alternative power sources, also the simplest and lightest fuel, burning with nearly zero emissions in a combustion engine and the production after burn is water vapour. It can also be heat in an electro-mechanical fuel cell.

For the hydrogen fuel cell, the main problem is that the processes of electrolysis of water are onerous but they are low polluting if electricity from nuclear sources is used. However, some countries are producing hydrogen by using renewable sources like geothermal and wind. Hydrogen has some characteristics that give it an advantage over conventional fuels. For example, high flame speed, wide inflammability range in air (between 4% and 75% by volume, J.C. Guibet, 1999), and no carbon emissions. On the other hand, the problems are numerous and significant: it has a strong tendency to auto-ignite which let itself has a serious detonation risks, also, the storage capacities of the hydrides are low. The use of hydrogen as an automotive fuel could be a possible answer to both energy dependence and environment concerns. 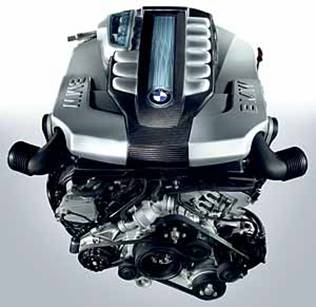 However, most of the researches in this area are not used in mass production at the moment. It is know (from<Fuels and Engines>, by Guibet, 1999) that make use of hydrogen as an adjunct fuel during low load operation is also possible, which reduces emissions (more complete dilution and oxidation) and improves efficiency (reduced intake losses). In addition, only a small flow of hydrogen is required to operate the vehicle; the use of the installation is less onerous than those for the use of hydrogen as the only fuel. The successful example for this area is the Hydrogen 7 from BMW Company which is powered by a dual-fuel internal combustion engine.

By introducing the world's first hydrogen-powered luxury saloon for public consumption (albeit in an evaluation state - as all cars are monitored by BMW, and all owners must report to BMW for feedback) BMW has attained a milestone for the automotive industry, and one that the German luxury car maker will no doubt be remembered for.

Introducing this trendsetting innovation in engine technology, BMW says it can offer a practical and attractive solution for switching over to hydrogen as the drive energy of the future, setting a milestone en route to a world of individual mobility independent of fossil fuels and free of pollutants. 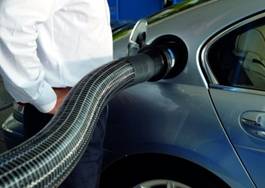 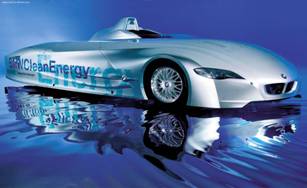 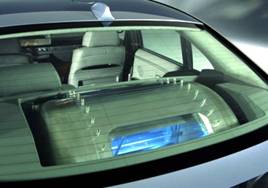